Still working on graphics and administrating the production details for Terraforming Mars. Meanwhile, here is another fascinating project from the game. To appreciate the full scope of terraforming, you need to look beyond Mars. 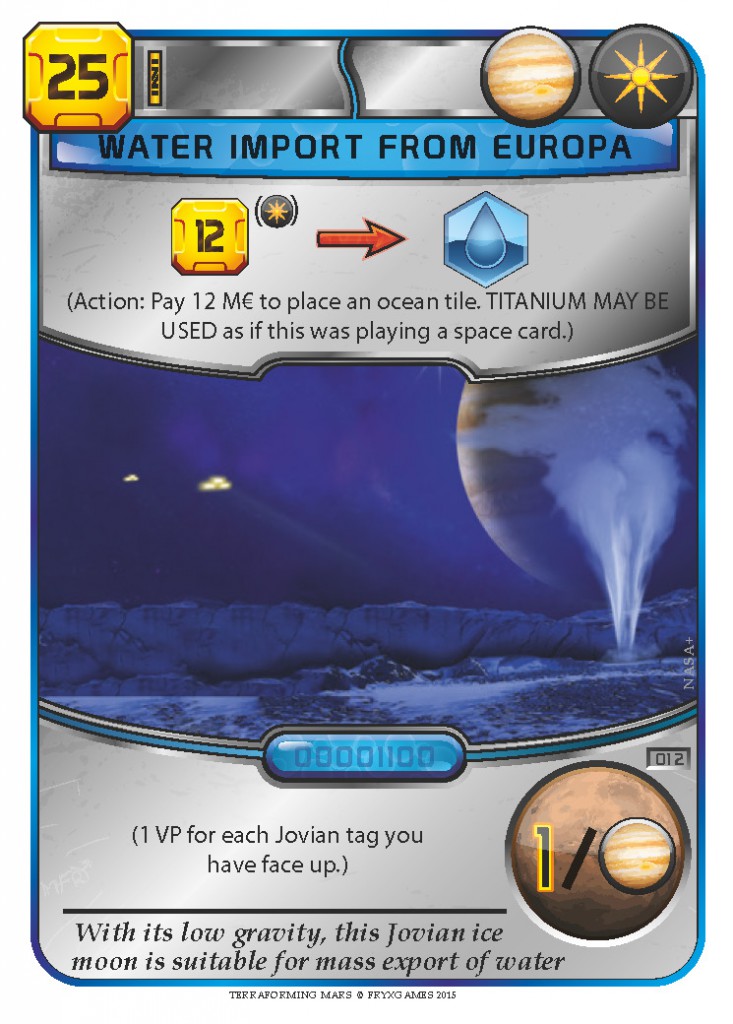 One way to introduce water to Mars is by hurtling comets down to the surface, but importing ice from one of Jupiter’s ice moons might just be more… predictable. Although expensive, it gives you an opportunity to increase ocean each turn, as well as giving you Victory Points for each Jovian tag you have (thus, at least 1).