Great news was delivered at GenCon. Asmodee Digital will make Terraforming Mars an app for mobile and tablets. For now, we stay silent on what specific features it will include, but the app is scheduled for release in the second quarter of 2018.

As we wrote last week, Hellas & Elysium has finally been released. With two new game boards, who could ask for more replayability, right? So here we go, producing Venus Next, the second expansion for Terraforming Mars. It is scheduled to be released this year at Essen, and just as we gave some thematic background for cards before the release of the main game, we will present some exclusive content that will appear in Venus Next along with some thematic context. Enjoy!

When the World Government realized that the terraforming of Mars would succeed, they set another lofty goal: the terraforming of our sister planet Venus. Venus is similar in size to Earth, but there the similarities end. Venus has extremely long days, a crushing atmospheric pressure, and a furnace for a surface. It is a huge project indeed, and it is expected to take a millennium to complete, but the WG is determined and ready to devote even more resources to the terraforming process!

Venus Next adds a new global parameter to your game of Terraforming Mars, similar to the oxygen track but signifying the progress on Venus. The terraforming of Venus is complex and has many different aspects, and many of those are totally different from those on Mars. Therefore, 49 new project cards are added to the deck (as well as 5 new corporations!) to represent this completely new arena where corporations can compete and contribute.

Before we go there, let’s take a look at our own back yard, because our Moon is being developed too: 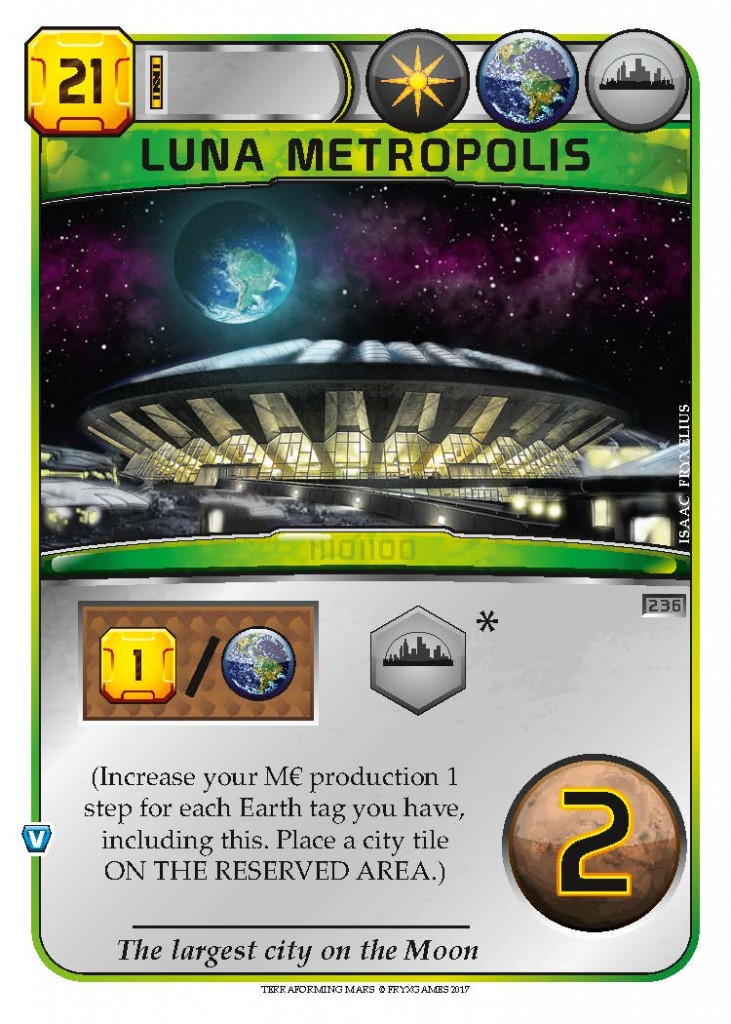 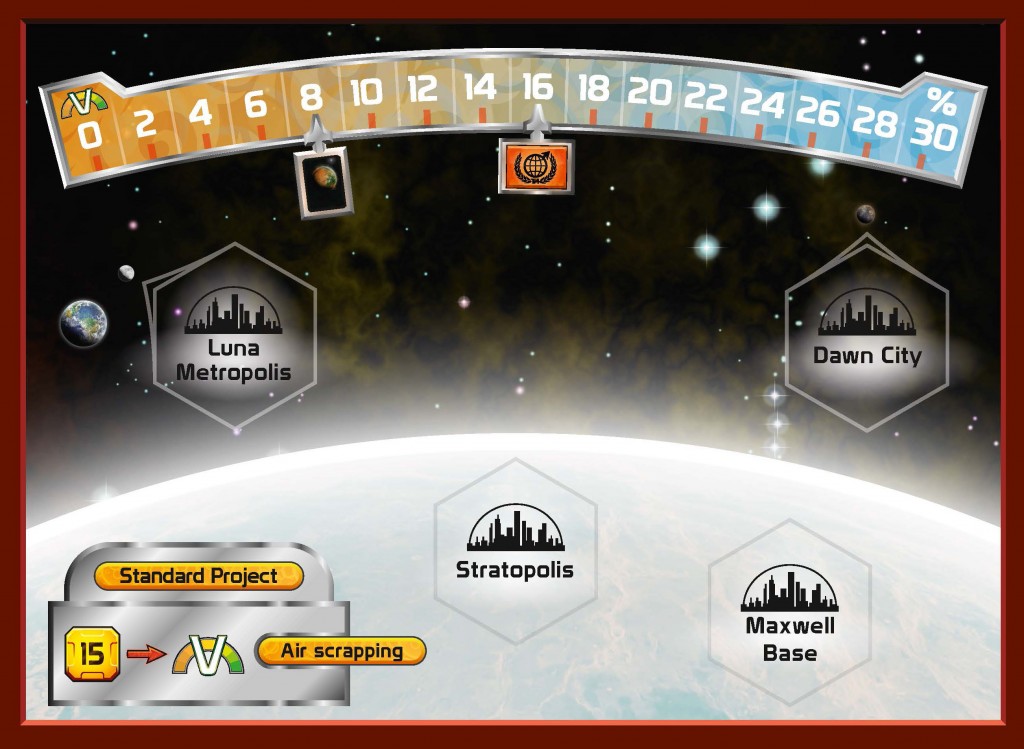