What would a space game be without a space elevator? 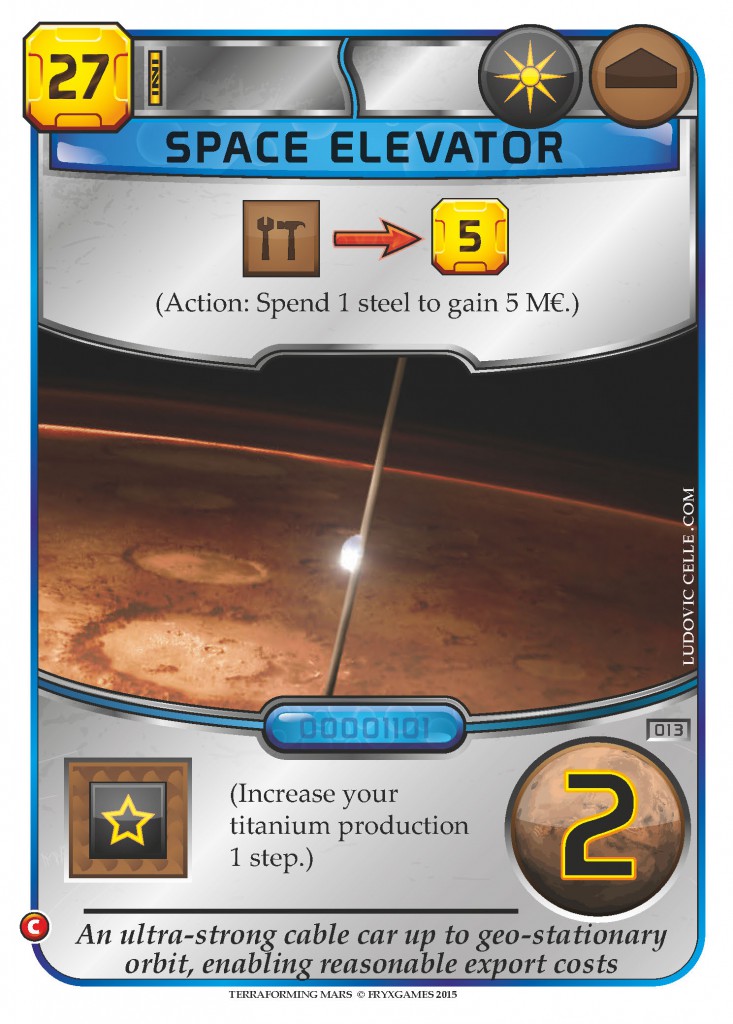 One of the greatest obstacles to space travel is the great cost of getting stuff into orbit. A space elevator is what it sounds like: an elevator all the way up into space! In order to work, it has to have its center of weight in geostationary orbit, so that it always stays above its anchor point on the planet (in this case Mars), and it has to be extremely strong in order to hold its own weight. Once in place, lifting things into space will only take a fraction of the energy it used to take, and on the way down, the elevator cars can even magnetically regenerate energy when braking.

To represent such an epic piece of technology you need an epic card. With a cost of 27 megacredits, the Space Elevator packs a punch. Because the elevator is built between the surface and orbit, both ground-based construction (steel) and space infrastructure (titanium) are useful during its construction, represented by the building tag and the space tag. The titanium production simulates the new ease of establishing space infrastructure, only limited by the relatively slow cable cars. What is even better is the ability to export materials that were previously too heavy to lift off the planet, simulated by conversion of a steel resource into 5 megacredits. If you have steel enough to export, the Space Elevator will give your economy a strong boost. And on top of that, it is worth 2 VP at the end of the game, not at all surprising for such a cool and useful invention.