People who think that Mars should be preserved in its natural state as much as possible are called Reds. They don’t have much going for them in this game, but sometimes they manage to set up a natural preserve where development is forbidden. It is difficult to keep out spores, rain and trash, but there can be a reward when tourists pay top credits to see how the planet once looked. Just keep them few and well-behaved, OK? 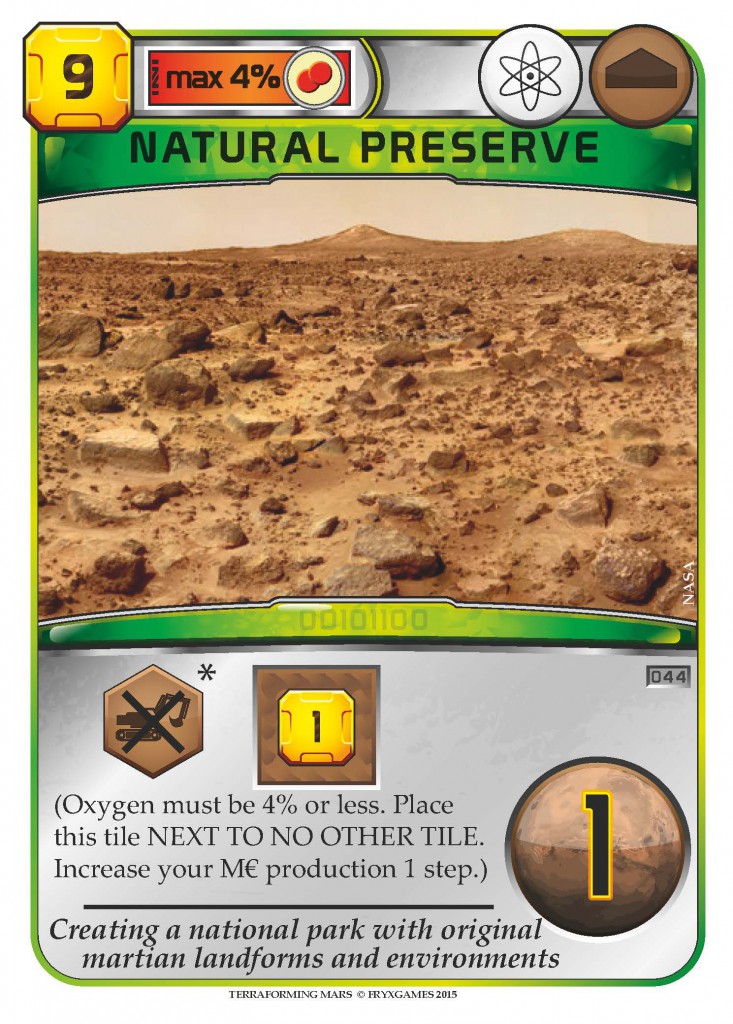 If you let terraforming have its course long enough, it may be too late to start a preservation program, reflected by the max 4% oxygen requirement. The preserved area also has to be distant from current development in order to minimize disruption, so you can’t place this tile next to another tile; it has to be placed in a remote area. Even so, the natural preserve can be used to allow you to place greenery tiles in this new area, away from any opposing cities seeking to reap its benefits (see previous update). It can also be used to get a placement bonus you really like, and having that science tag might be useful. Mostly, though, it’s a VP for the good cause, and a small source of income.