Terraforming Mars is very much about colonization, futuristic technologies and settings, but we also believe people will bring society into the solar system, and the Colonies expansion gives us another chance to include mundane ideas that nevertheless are bound to follow humanity wherever we go. For example, species that are introduced on Mars will be chosen for their usefulness, resulting in a different ecosystem than those on Earth. Some animals that are quite common here, like horses, will be rare on Mars, even exotic! So why not ship some exotic animals to Mars to show them off for money in a Zoo? Having good connections on Earth will allow you to use taxpayer money to fund this and other projects. Your increased influence might even be enough to appoint the Luna Governor, with the power to get you through all the red tape of shipping animals. 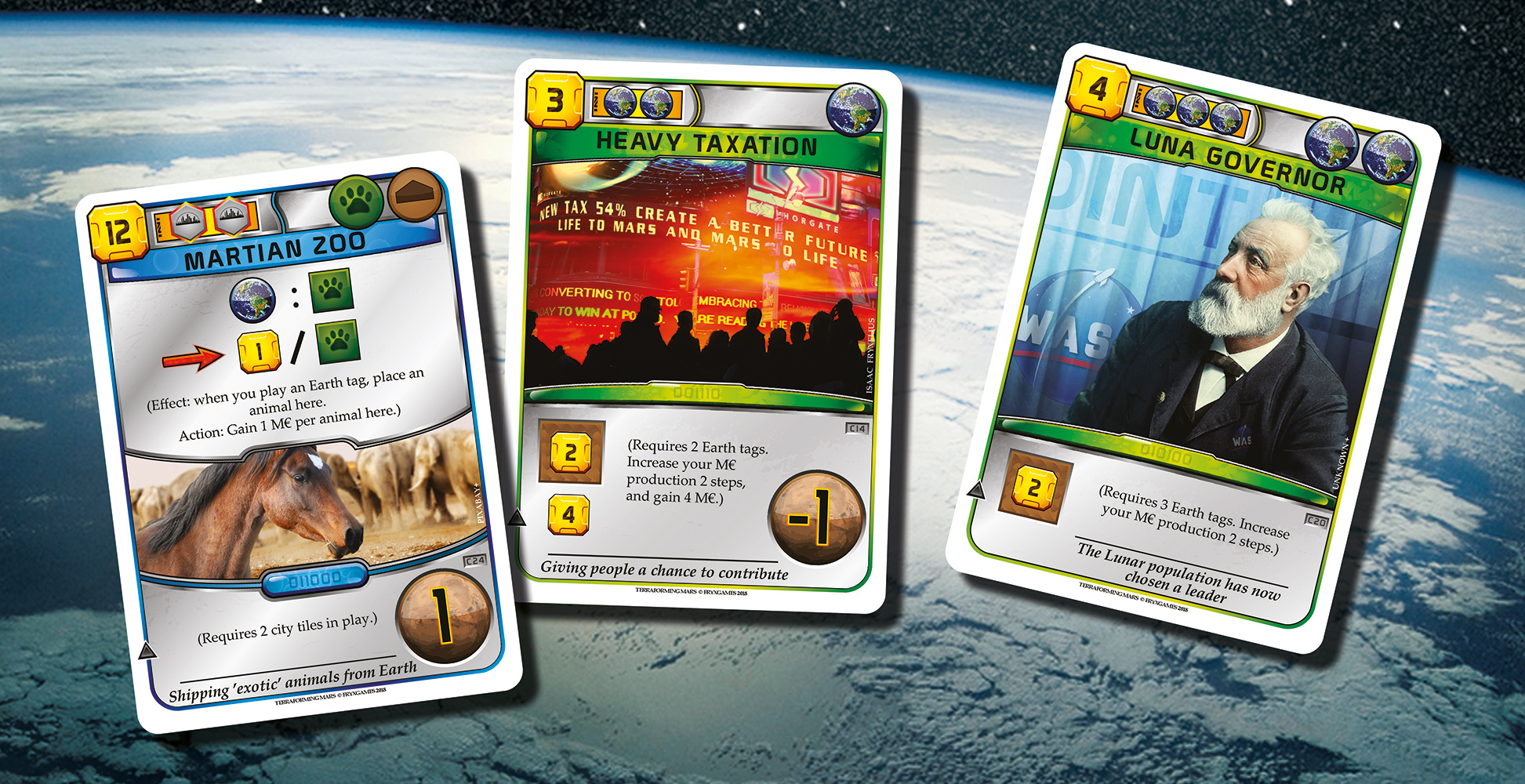 The Zoo is giving animals a new role on Terraforming Mars as cash-cows. This will give the player new ways to consider Earth cards which are usually best to play as early as possible. But now you’d like to get the Zoo out first, but that requires a couple of cities in play…

It also gives you a new interesting option for animal shipment cards such as Large Convoy: do you save them for late game animal points, or do you send them to the Zoo as soon as possible to enhance your engine?

One thing is for sure – corporate monkey business has never been so profitable!

The PC version of Terraforming Mars is live on Steam now. We are very thrilled to be able to play the game with each other, even though we all live in different Swedish cities. In fact, we’ll start one right away. Cheers!