The point of terraforming Mars is to inhabit it, but why wait all those centuries? Take a cosy crater, furnish it with farmland and buildings, and cover it with a transparent dome. The dome is held up by the air pressure inside it, which is higher than outside (so you have to build it before the atmosphere builds up too much). Something like a balloon – but don’t pop it! 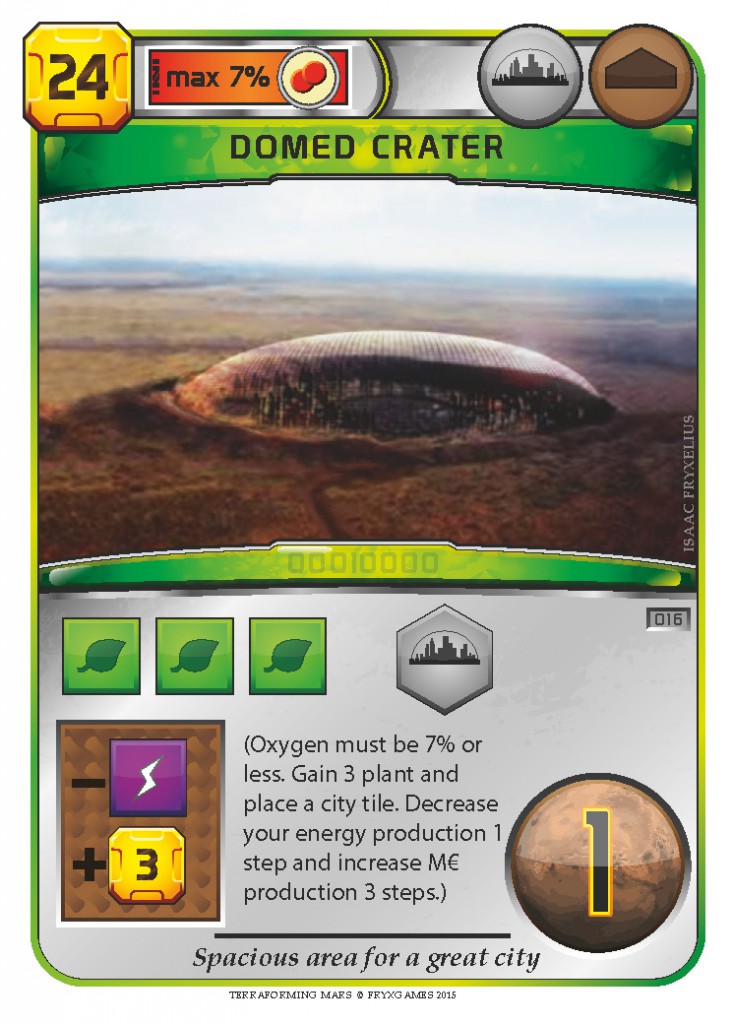 To power the city you need energy of course, but then it will give you quite some income. In Terraforming Mars, cities are placed as tiles on the game board and give you VPs at the end of the game, depending on how green the surroundings are. The  Domed Crater, though, is so cool it even gives you an extra VP!