During the past two weeks, we’ve had our 4 pre-release events in Sweden. A lot of people came to get their first terraforming experiences and a piece of Mars (of course we served chocolate Mars bars). It has been amazing! We’ve received great reviews, ratings, and comments, and the enthusiasm and support we’ve got has been overwhelming.

Our pre-releases were a fantastic series of events: In Stockholm, Jacob held a speech to the first Swedish buyers of Terraforming Mars. In Karlstad, Jonathan sold several Future Packs (our three sci-fi games with their expansions). In Trelleborg, Enoch was surprised by his local TM-supporters, who had made a cake, T-shirts, coffee cups, and even a jig-saw puzzle, all Terraforming Mars-themed! And finally, in Linköping, Daniel sold out his copies of TM.

We are humbled by our success. In fact, we did not expect it to be this big. After receiving praise after praise from reviewers, with sky-high ratings, Jacob said: “of course I like my own game, I love it! But then, everyone likes his own game. But is it really that good?”. “Yes!” Jonathan reassured.

There is no game we’d rather play right now than Terraforming Mars. And we hope that it will give you the same pleasure. 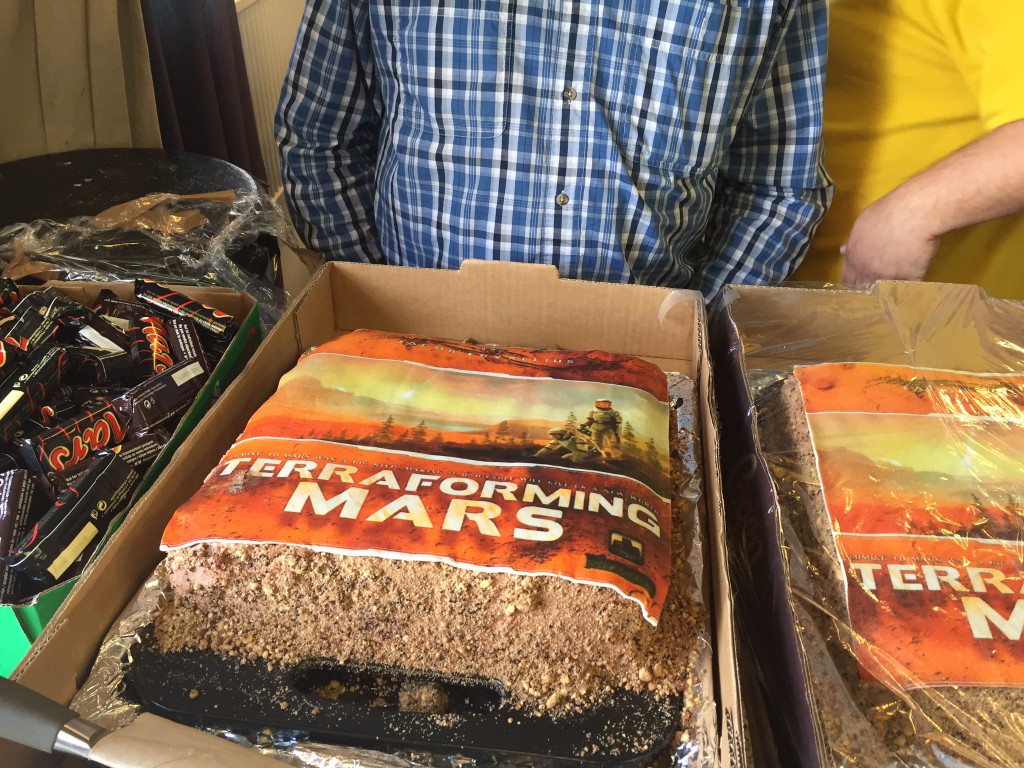 The cake tribute to Terraforming Mars in Trelleborg.

The Dual Layer Player Boards and the Terraforming Mars: Promo Pack are out of stock. We're printing more, but they will not be in stock until February/March. Dismiss