We are proud to present the first expansion for Terraforming Mars;

The first expansion to Terraforming Mars will be released this summer, and consists of a double-sided game board presenting two new areas of Mars.

Elysium takes the players almost to the exact opposite side of Mars, vast lowlands for oceans in the north and a dry, mineral-rich south. Place a tile on Olympus Mons, the highest peak in the solar system, to get three free cards!

Hellas, the southern wild, includes Mars’ south pole and the enormous 7-hex Hellas crater that just begs to become a gigantic lake. Building around the pole will give you new placement bonuses in the form of heat and even water.

Each of these maps consists of completly new sets of Milestones and Awards with relevance for each particular map. Place three tiles in the south  to become Polar Explorer, or race to have the most tiles adjacent to water on Elysium! 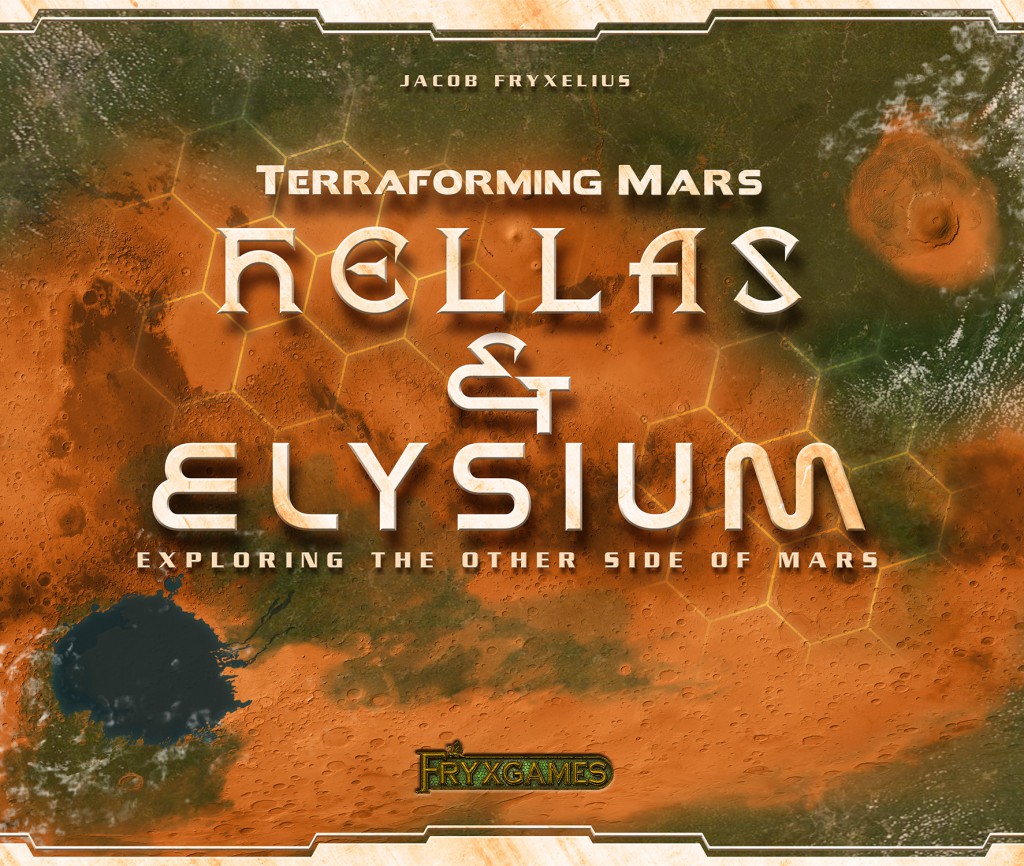