This weekend we gathered all FryxGames brothers to participate in one of Sweden’s largest board game fairs, LinCon. It has been 4 days of intense demoing, prototype testing, discussing and not least arranging the Swedish Terraforming Championship. The 20 spots available for the championship were quickly claimed, and the Friday was spent playing the three games leading up to the final on Saturday. Each participant thus played 3 games against other players, where the winner got 4 Tournament Points (TP) and any player within 5 points from the winner got 3 TP, players within 10 points received 2 TP and ending within 15 points gave 1 TP. After the three matches, the 5 players with the highest TP got to play in the finals.

Here we present the finalists: 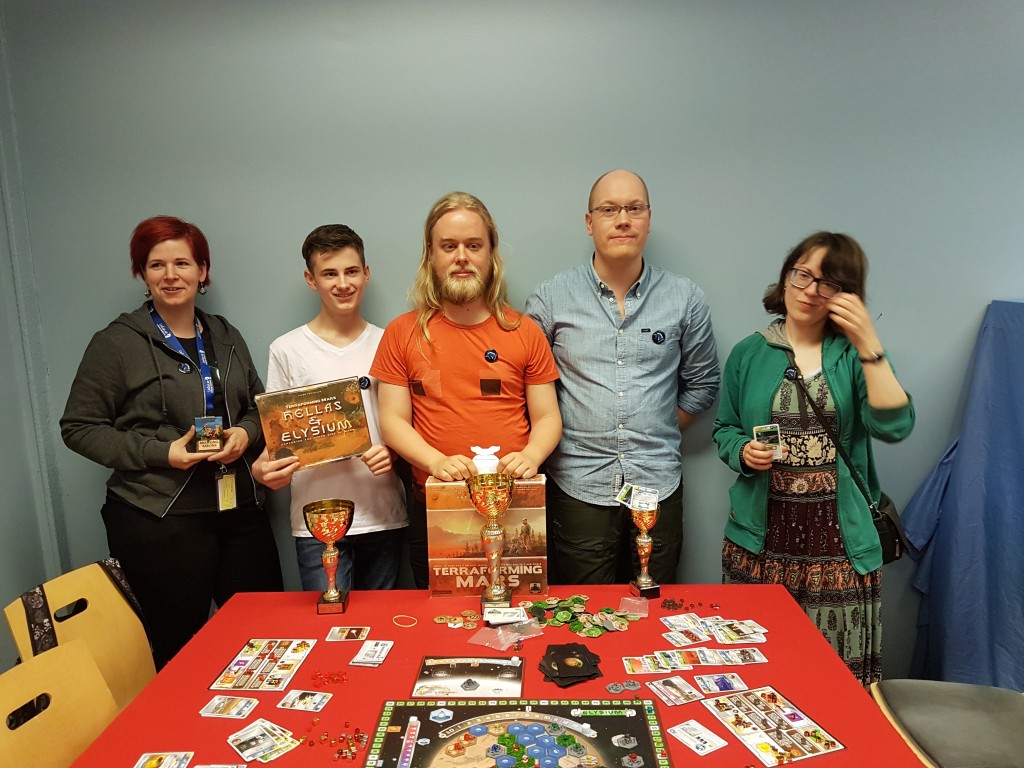