Terraforming Mars has been nominated for Kennerspiel des Jahres 2017, the most prestigious board game award in the world for strategy games (the more famous Spiel des Jahres is only awarded simpler games). It is the first Swedish game ever to be nominated, and there were only three nominees. The final verdict from the SdJ jury is expected this summer, and we look forward to their decision regardless of the outcome.

In Sweden, we’ve had a Terraforming Mars tournament at LinCon, a large convention for board gamers. We congratulate Valentina, Terraformer of the Year, for her success in the final. A good combination of Jovian tags paved the way for her victory. 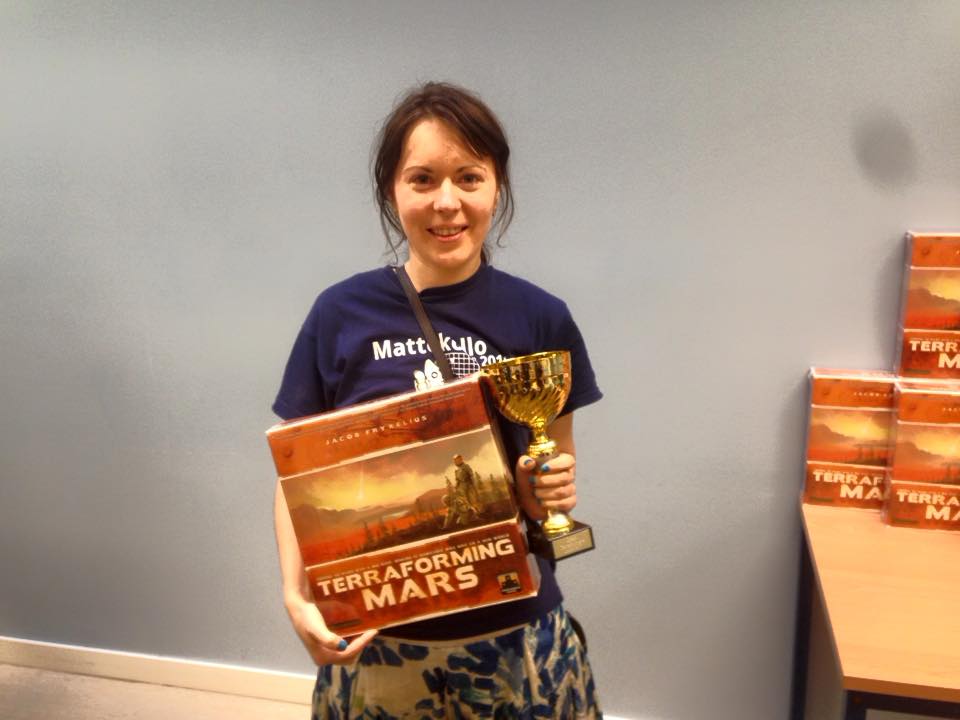