In Terraforming Mars, the future of mankind is in the players’ hands. It is a grand feeling to smash asteroids to the Martian surface, search for organic life forms, expand your industries and build space stations (see, what we did a few years ago is just a small part of what we do now!) In a similar way, it is a grand feeling to be working on this huge project. Terraforming Mars contains over 200 unique project cards, each depicting a small part of the terraforming process. When it comes to graphics, some of these projects are easy to illustrate; concrete, physical results of technological advancements that fire our imagination, like towing a comet, inducing volcanos, establishing futuristic cities. Other projects are not as easy to depict; abstract things such as the process of research, short-term investments, and invisible power sources. However, all cards need graphics, and that’s our largest piece of work in preparing this game  for production.

To capture the wide variety of topics contained in the game, we use several methods to create images, from oil paintings to 3D models, to sketches, to clay models. Yes, you heard me, clay models. Daniel, who created the graphics for his game Fleets, formed 18 of the 20 motherships from clay before putting them into the computer to finalize his work. 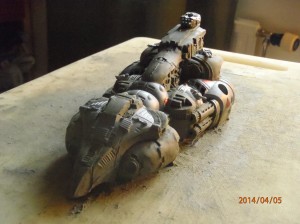 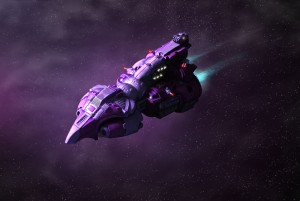 He uses the same techniques as he works on some of the cards for Terraforming Mars that he shows in FryxGames first video blog. Enjoy!

NOTE: FryxGames has just established a YouTube channel. Submit to our channel to get all our video updates.