So you tried the game and loved it… What now?

This expansion bundle contains all 5 expansions for Terraforming Mars at a great discount. The expansions add tones of replayability and variety, as well as an even more immersive theme:

All expansions are modular, meaning that you can play with any number – and any combination – of them. 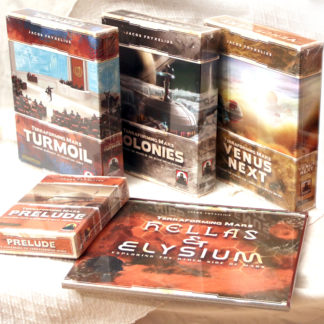