Space Station is a strategy card game where you compete with your friends and try to build the most beautiful and mighty space station the world has ever seen. Will you go for defence, economy, card advantage, or military superiority?

Your combination will determine your success…

A Second Edition of Space Station has been released, named StarScrappers: Orbital, which can also be bought here.

For the second edition, the grapics have had a great update, the rules are streamlined, and the components are fancier. 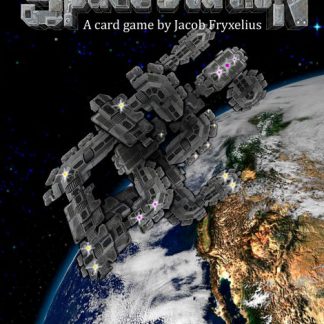