Each set is 100 transparent sleeves.

FryxGames has made its own card size, 55x77mm cards. We call this size the FryxGames standard.

The following upcoming games will use this new size:

NOTE that these sleeves do NOT fit the original Terraforming Mars game.

The sleeves are medium thickness, 70 microns, with the outer measurements of 57x79mm 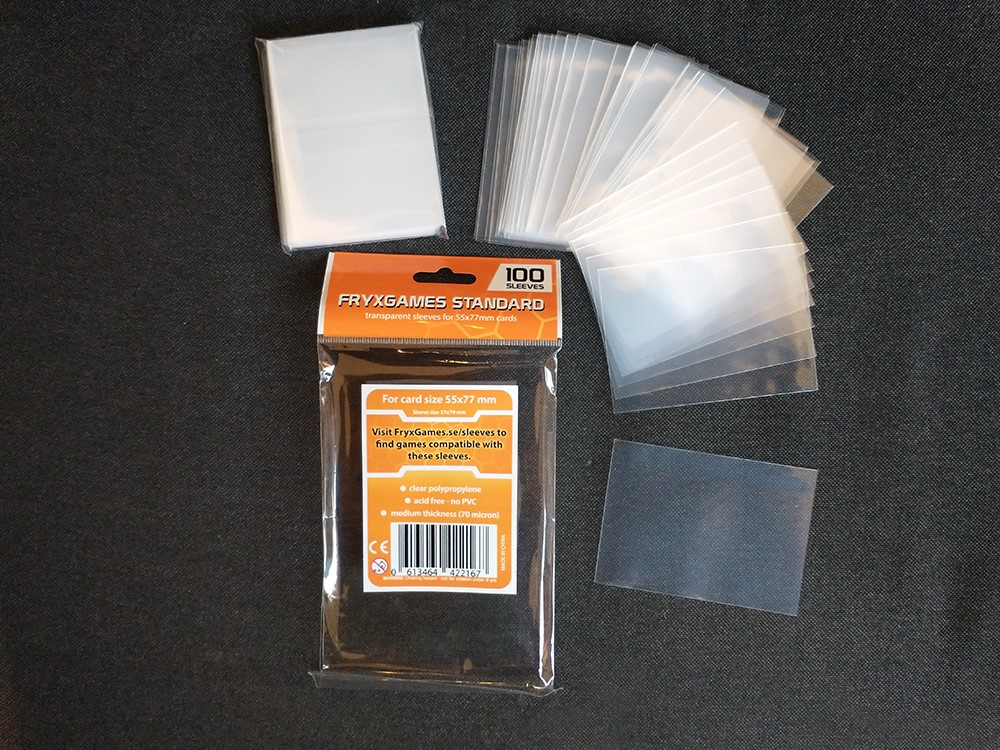 WHY A NEW CARD SIZE?

Most of our games include cards, and we’ve previously used the Magic standard size, 2.5″x3.5″. But some of our game designs would be greatly favored by smaller cards;

There are many card sizes on the market, but the most popular one is the Magic size, and its respective half-size cards (which we used in Fleets: The Pleiad Conflict). But those are too small for many game designs. We wanted a new size with the same ratio as the Magic Standard size, since that would make migration to the new card size convenient. Having a card size which makes sense in the metric system is also a big bonus. When measured in mm, the Magic standard size is 63.5×88.9mm. Having a simpler size of 55×77 is much easier to remember. This new size is somewhere between Magic and its halfsize, but closer to the bigger one. The difference in size makes them easier to hold, cheaper to produce, and more convenient to play with. We hope many other companies will join this concept and produce games with this size, for these reasons. 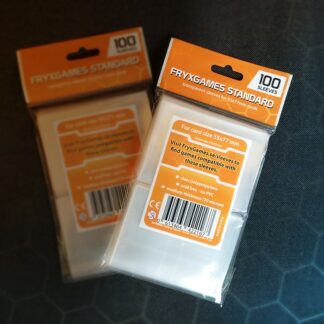