With the upcoming Corporate Lords expansion for Fleets: The Pleiad Conflict, each corporation gets a unique escort ship. Of course, these reflect the different focuses of the corporations. Poseidon, for example, is a rather aggressive faction and brings its new pet the Hulk into battle: 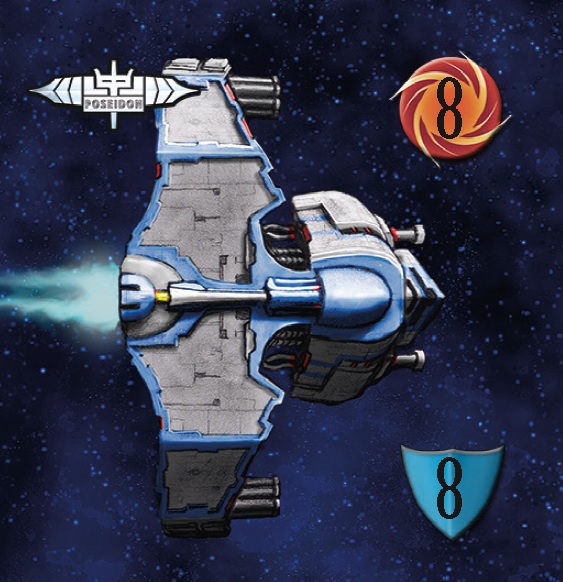 What better way to scare your opponent’s off than to show off your ‘little’ pit-bull terrier? Since the corporations get their ‘pets’ for free, Poseidon is going to start the game off in a very scary way (and just wait until you see their corporate ability!). If you manage to kill the Hulk, though, it is out of the game for good, but with a health of 8 that’s a pretty tall order. Maybe best to just avoid it, be somewhere else…

Teractor-Olympiac, on the other hand, is more focused on long-term strategy and gets an Ambassador shuttle: 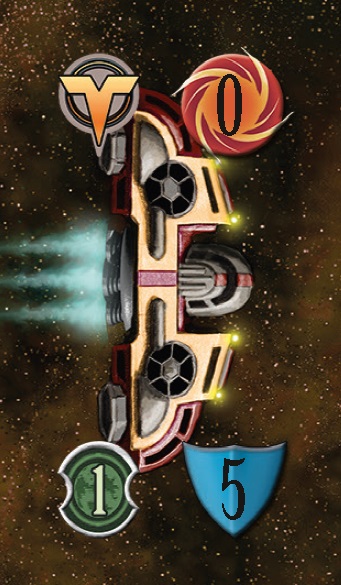 Without any attack strength, the shuttle may not be perceived as a threat, and with 5 health maybe too big a bite to bother with, but looks can be deceiving – the extra reward of 1 Diplomatic Point each round adds up, and we’ve had more than one play-test where this definitely contributed to Teractor-Olympiac’s victory.