Written by
FryxGames
Posted in
Terraforming Mars
These projects are not as spectacular as previously shown cards, but they are in no way less important. These cards all produce oxygen: Lichen and Bushes through photosynthesis, and Steelworks through electrolysis of Martian dirt (the iron oxides that give Mars its red/brown color). 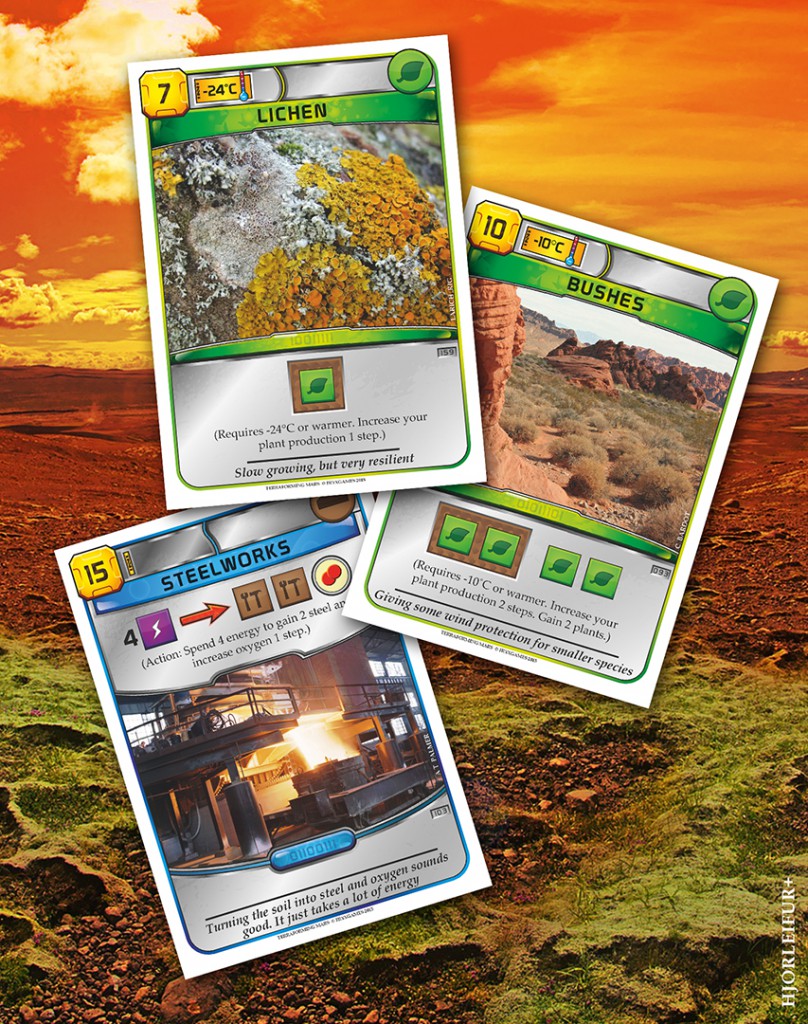 Steelworks is the fastest, giving you 1% of O2 each generation, and you get steel in the process, useful as building material. It has a rather high energy cost though, requiring you to have substantial energy production.

Plant life, on the other hand, will over time transform Mars from a desolate wasteland into a lush garden. It takes a longer time, it is a fragile process, and it usually requires that some terraforming has  already taken place. Some species are more sturdy, like Lichen, but slow-growing, while others grow faster but require milder conditions, like Bushes.
When you have enough plant resources you can convert 8 of them into a greenery tile to place on the board. This is nice, because it increases oxygen by 1%, it is worth 1 VP, it gives nearby cities VPs, and you often get placement bonuses. At most, 1 greenery tile can be worth 5 VPs: 1 VP for the terraform rating when raising oxygen, 1 VP for the tile itself, and 3 VPs if you own 3 adjacent city tiles. Not bad for some plants, eh?

Science note: I know lichen (and algea) are not technically plant species, but for simplicity they have beeen included in this category (hence the plant tag top right). They are eukaryotic photosynthetizers after all.