Human society runs on electric power. It is needed everywhere, and last update we saw Solar Power as an example of a power source. Besides powering up cities, it is used in industries and transportation as well. 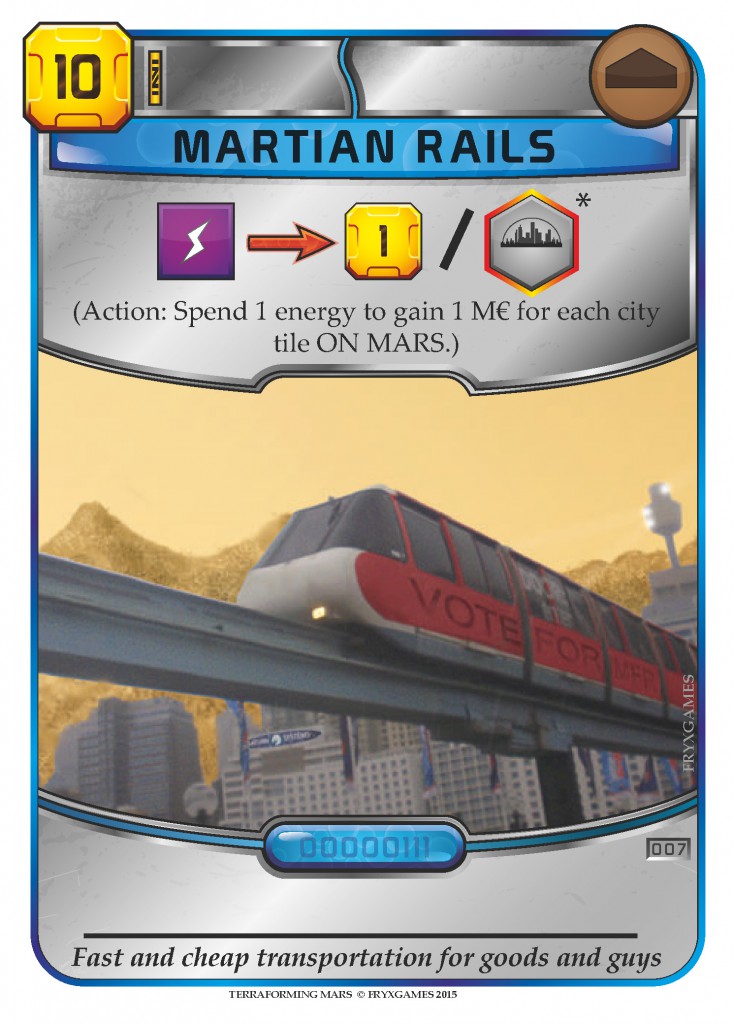 If you own the Martian railnet, you’ll profit even from cities affiliated with other corporations. Everyone travels. And you sell the tickets.

This card is a good example of the iconography in Terraforming Mars. On top, you have the play cost and tag(s). Then comes the card name on a banner. If the banner is blue, the card has a special function that you need to keep track of during the game. Next is a panel describing this function. In this case, there is an action (marked by a red arrow) where you can pay 1 energy resource to get 1 megacredit per city currently on Mars. The red border on the city icon means that you can count other players’ cities as well as your own. The asterisk (*) means that there is a special rule: in this case, you only count the cities on Mars, not cities located elsewhere! Below the picture, the lower panel describes any effect that you get immediately when playing the card, but Martian Rails has no such effect, so there is only the flavor text and the card number there.

So, get onboard, because next stop is Noctis City…
Tickets, please.