The next expansion for Terraforming Mars is Prelude, scheduled for release summer 2018, with a pre-release at Origins. 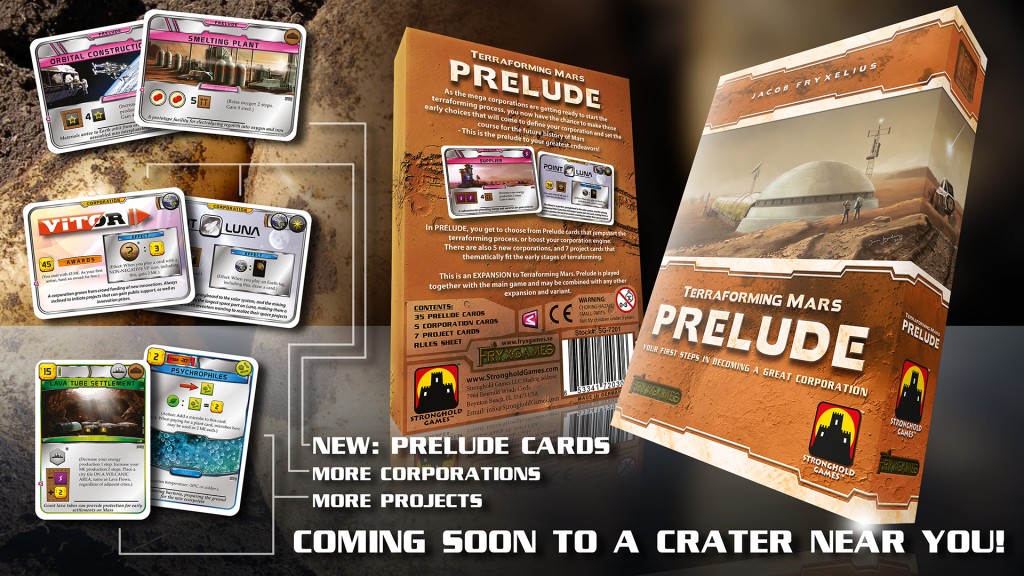 Prelude is a small expansion that lets you kickstart your terraforming! It focuses on the early stages of Mars colonization and tells the background story of the corporations. When choosing corporation and starting hand, each player also draws 4 Prelude cards, and chooses 2 of them to boost their corporation. The expansion opens up powerful starting combos and increases player asymmetry.

Shipping for up to 2kg packages is now available for US customers. We're working on getting a shipping contract for all package sizes. The Dual Layer Player Boards are out of stock. We're printing more, but they will not be in stock until February/March. Dismiss