Written by
FryxGames
Posted in
After the Virus, Terraforming Mars

Time flies by, and we are deep into the play-testing of the 5th expansion for Terraforming Mars. That was just a tease, we’re not going to say anything more about the Turmoil expansion now. Oh, did I say that out loud? Oh well, now you know. Turmoil will probably be the only addition to Terraforming Mars in 2019, as we have more projects in our pipeline that need some love. 2 of them will be briefly described in our second newsletter, which will be sent out in a week or so, so please subscribe if you haven’t done so yet.

In Essen, we released the third extra character for After the Virus, our zombie card game. It is now available as a printable pdf in the side menu of its After the Virus game page but here it is in all its glory: 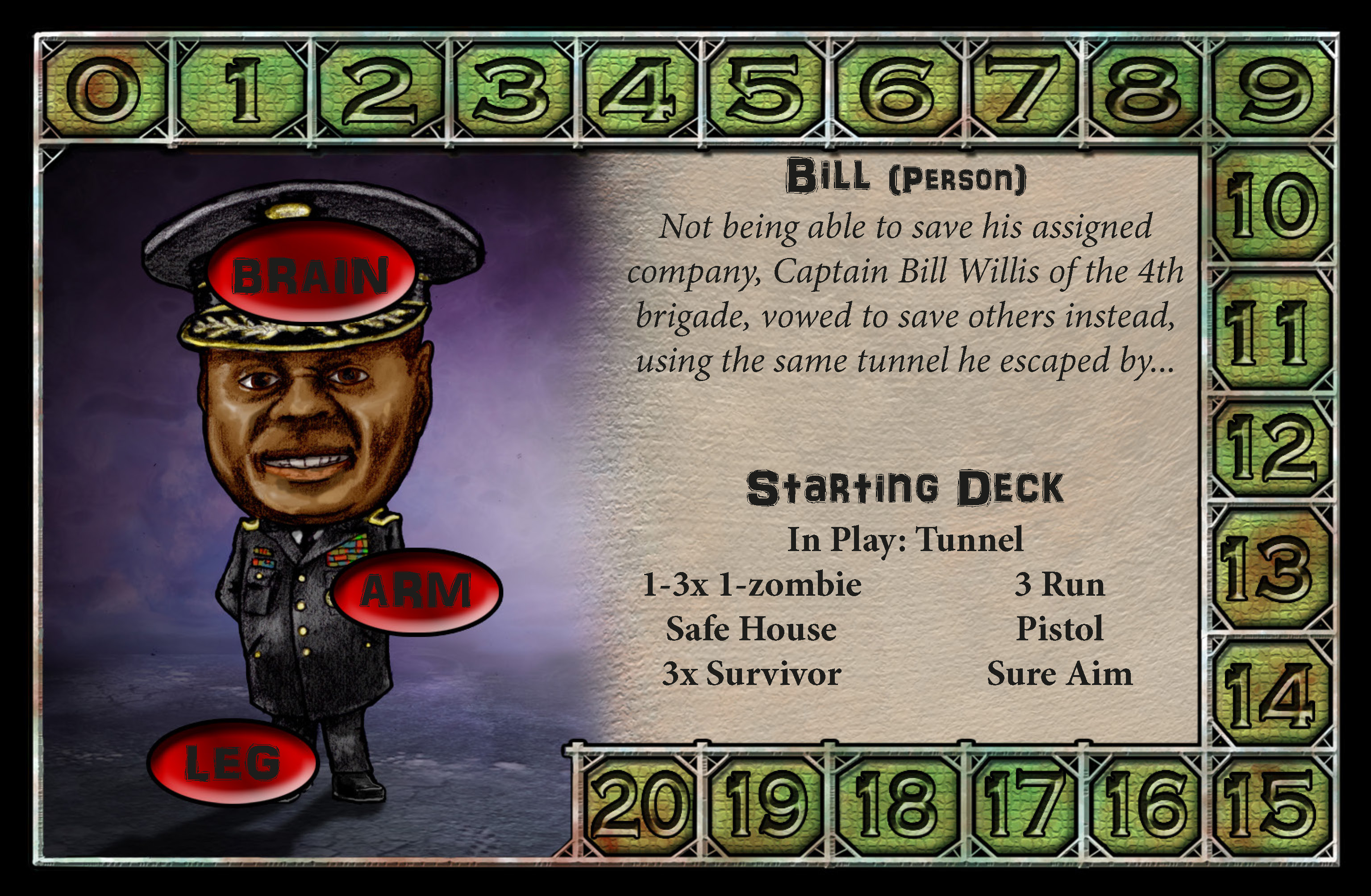 Starting with the tunnel in play, Bill can make really good use of persons in the deck. Saving survivors is a thrill, almost too easy. But having all those persons in play means your deck is quickly running out, and will soon be overrun by zombies which you’d rather have outside the tunnel. As stated, this is the third new character for After the Virus, the other two being Angela and Mac (also available from the game page). With a total of 7 characters, you’ll have many hours of joyful zombie-maiming action and desperate escapes as you complete the campaign with each one. Which one do you prefer? Which one is the best? We’d love to hear your thoughts on this.

Thank you for this year, we hope you’ll continue to follow us as we enter 2019. But first, let’s take a long and jolly Christmas break to play some games with friends and family 🙂