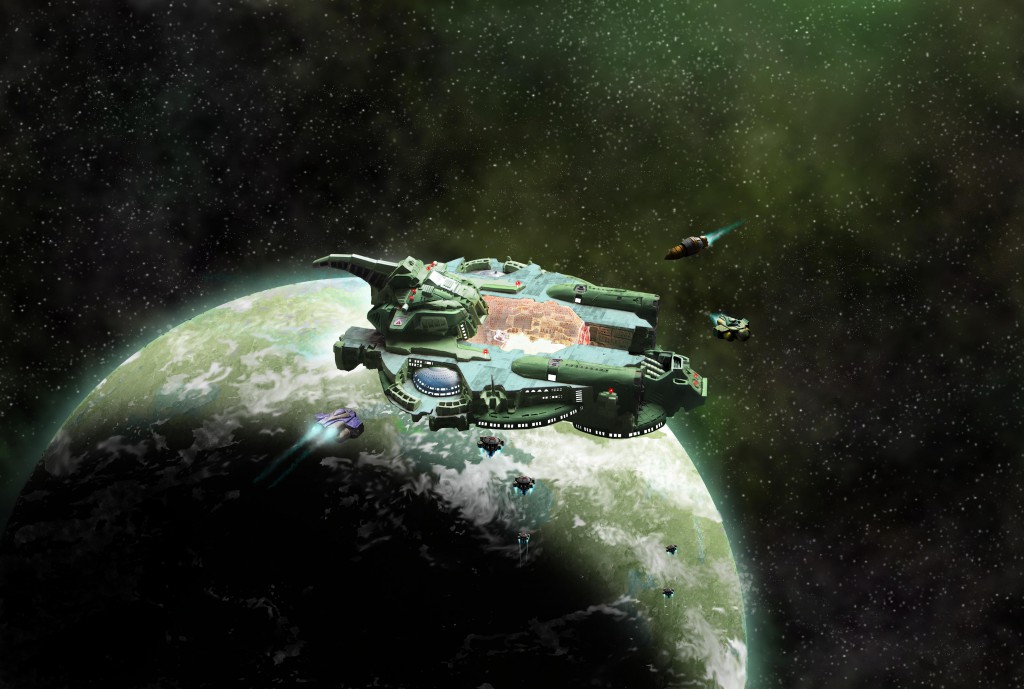 Although patrolled by pirates and corporate war fleets, the Pleiades are also home to merchants, who bring resources and commodities between the systems. And they are more than willing to trade with you (could it be your big guns?). For some influence at the Pleiad council, they will bring you the riches from any system!
Specifically, the Merchant fleet is placed / moved by the second player after the player order phase, making the chosen system quite attractive, because the Merchants add a new diplomatic action to that system: Spend 1 Diplomacy Point to tax any untaxed system. Every player with a fleet at the Merchants may use this action once, just like ordinary system actions.

So, what systems would be nice to tax then? How about Corpas, with a reward of 2 DPs, netting you +1 DP. If you have more of an economic focus, then maybe Altax III or Eden would do fine with their MegaCredit boost. For the most value, though, you should consider taxing the Merope Asteroid Field with its 2 MegaCredits + 3 energy reward. That energy may come in handy, too, when battling the other fleets drawn to the Merchants. Speaking of which, make sure you tax your favorite system before your opponents do! Each system can still only be taxed once, you know. And you can still do normal taxation actions.
You don’t like the Merchants dealing with your enemies? Well, you can’t shoot at the Merchants, but you can go there with your strongest fleet, and dare anyone to oppose you!