Written by
FryxGames
Posted in
After the Virus, Uncategorized

I have never been drawn to the zombie theme. I dislike gory images. And I never played a zombie game. But one day I thought: ‘I should make a zombie game.’

There is one thing I really like about the zombie theme, namely the idea of being assaulted from all sides by monsters without ranged weapons. So a zombie game is maybe not so far-fetched after all. Being a sucker for thematic games, I wanted the mechanics to reflect the increasing danger you face, but I also wanted to put in everything I know about zombie movies. The first thing that came to mind was: 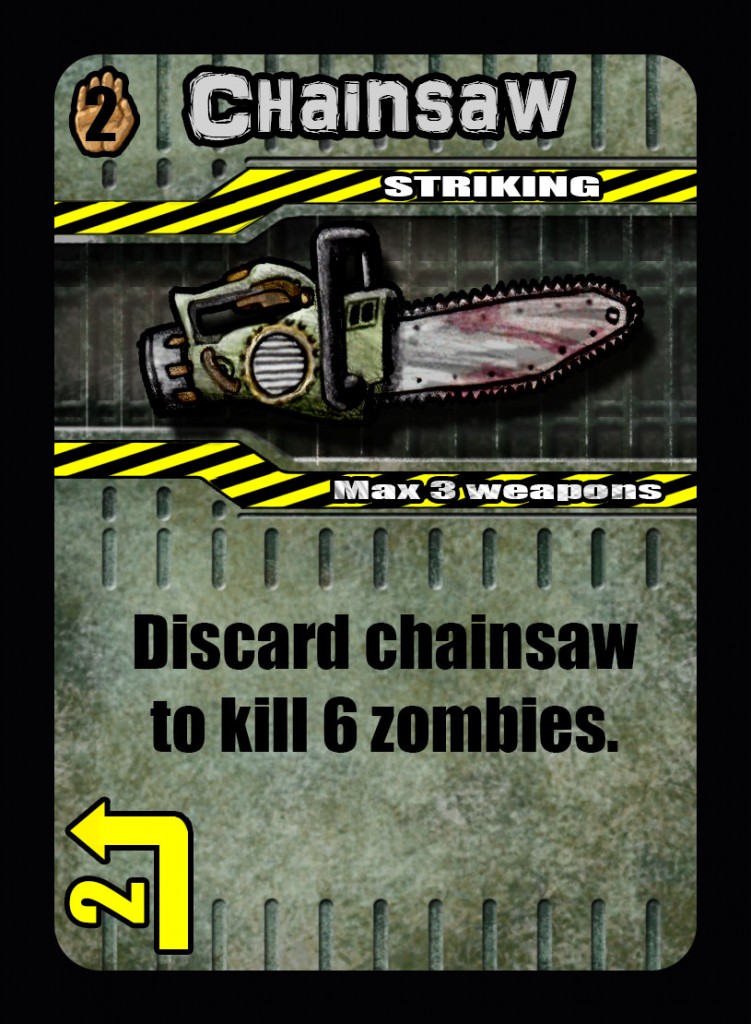 I’d like to point out that I’m not really all that illiterate about the zombie theme. I have watched a handful of zombie movies. So you can expect to encounter many familiar things in this game. My goal for this game is for the game mechanics to channel all these thematic details into a feeling of desperation. Zombies & Survivors is a kind of deckbuilding game, where only some of the things you find go into your deck, while others stay on the table. What is certain, is that zombies will enter your deck, too. Each time you reshuffle your deck, the zombie wave number increases, and that number tells you how many new zombie cards must be shuffled into the deck. 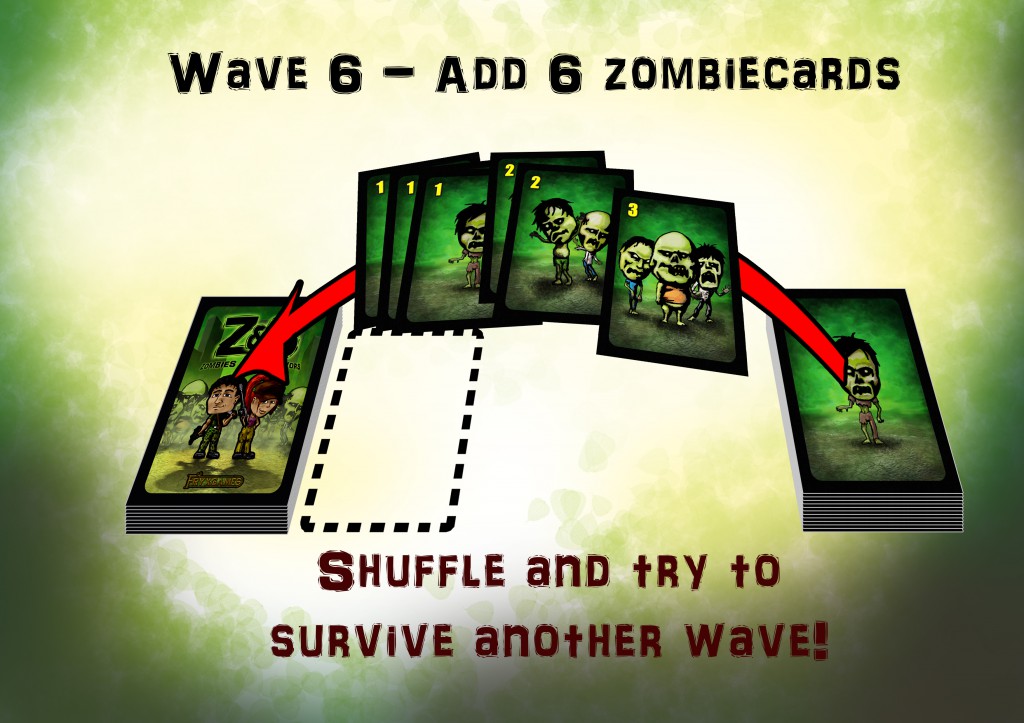 Not only will you face more zombies, but they will also decrease the number of useful cards you draw. A chainsaw is really handy when meeting many zombies, but take care, because once you use up its gas, it takes time to find more and refill it (it has to go through the deck to come back again).