Now what could be cooler that getting Victory Points for using Symbiotic Fungus together with Decomposers? Using it to help genetically designed bacteria produce greenhouse gases to raise the global temperature instead – of course! 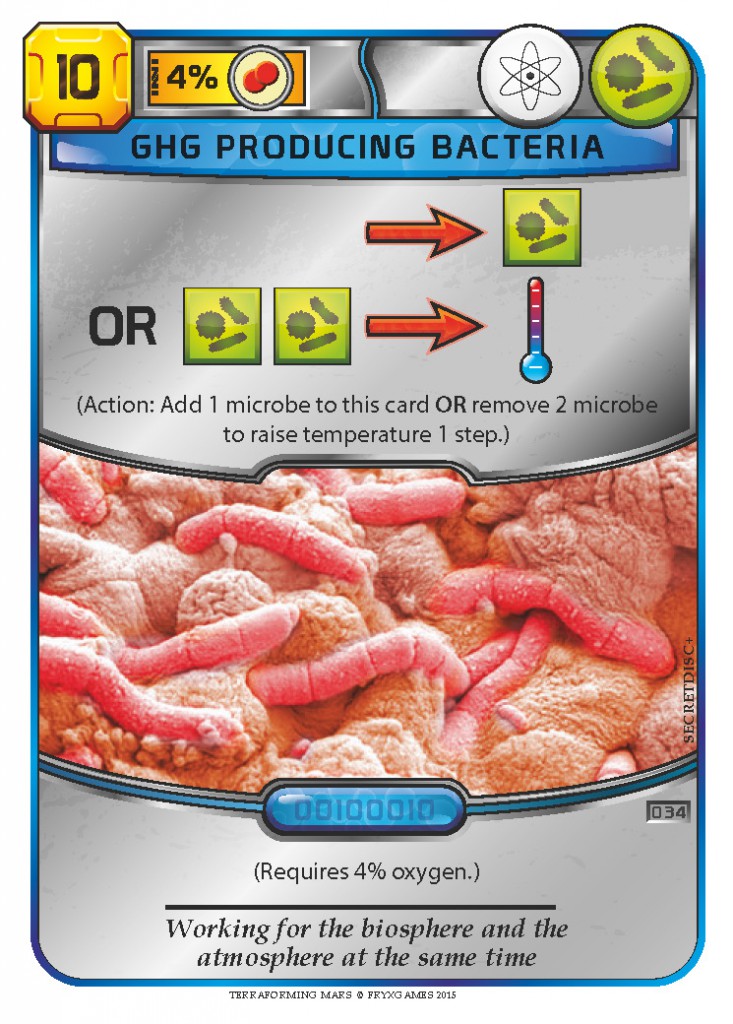 Science project indeed! Through a series of artificially designed reactions, these microbes can turn carbonates and other minerals into molecules that are very efficient at absorbing infrared light, thus preserving the global heat from escaping into space and instead allowing it to accumulate even more. For2 generations, you’ll accumulate microbe resources on the card, and in the 3rd generation you may exchange them for a rise in temperature. This will cause the Terraforming Committee on Earth to raise your terraform rating, thus raising their regular payments as well as being worth another VP at the end of the game. And with the Symbiotic Fungus at work it will be much faster. Bring it on! I say.

These small cellular chemical factories require oxygen though, for energy, so first you will need that. Hmm, terraforming is becoming quite a science isn’t it? Decomposers benefit from Symbiotic Fungus, which requires a certain minimum temperature. Greenhouse gas-Producing Bacteria can help you reach those temperatures but require a certain level of oxygen in the atmosphere. Where does it start? To get the terraforming started, we clearly need some other means…