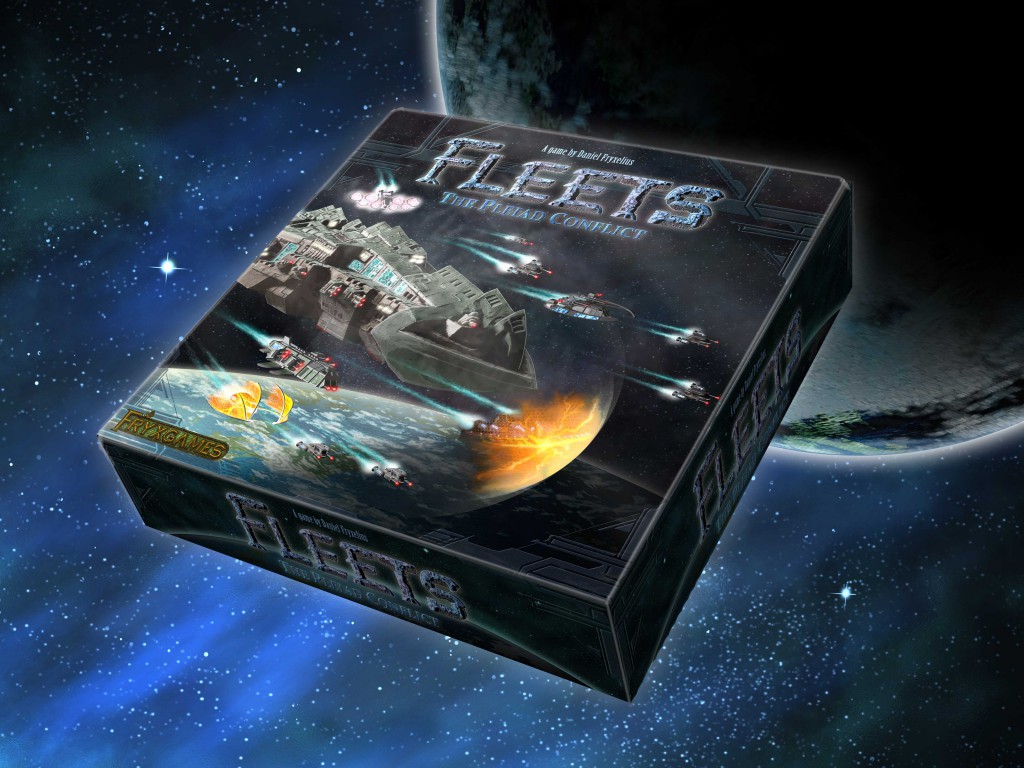 In 3400 AD, mankind has colonized the Pleiad star cluster where mighty corporations vie for control and influence. Each player equips fleets with escort ships and upgrades and uses them to control star systems for VPs. Diplomatic leverage, cunning, and brute force will determine the victor.

In Fleets, mighty corporations combat each other for control of the Pleiad star cluster. It is a twofold battle of diplomatic influence and brute force. In each game round, players take turns developing their fleets and buying new ones. Equipping them with escort ships and upgrades in different combinations will determine their strengths and weaknesses. But building and developing the fleets is just the beginning. 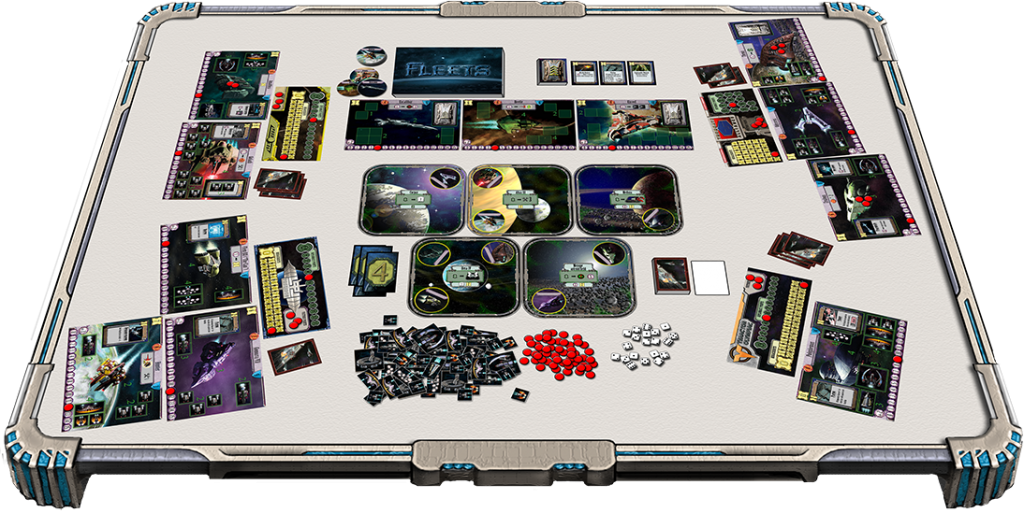 The inhabited worlds of the Pleiad star cluster are not numerus enough for all ambitious corporations. Each player must distribute his/her fleets among the desired systems, trying to avoid the larger fleets of the opponents, and at the same time occupying the wealthiest planets. But then the diplomacy begins! As each player has an equal basic influence in the Pleiad Council, they will all play out their will as diplomatic actions. These include retreating their fleets from battle, forcing opposing fleets to retreat, gaining benefits from systems, and so on. 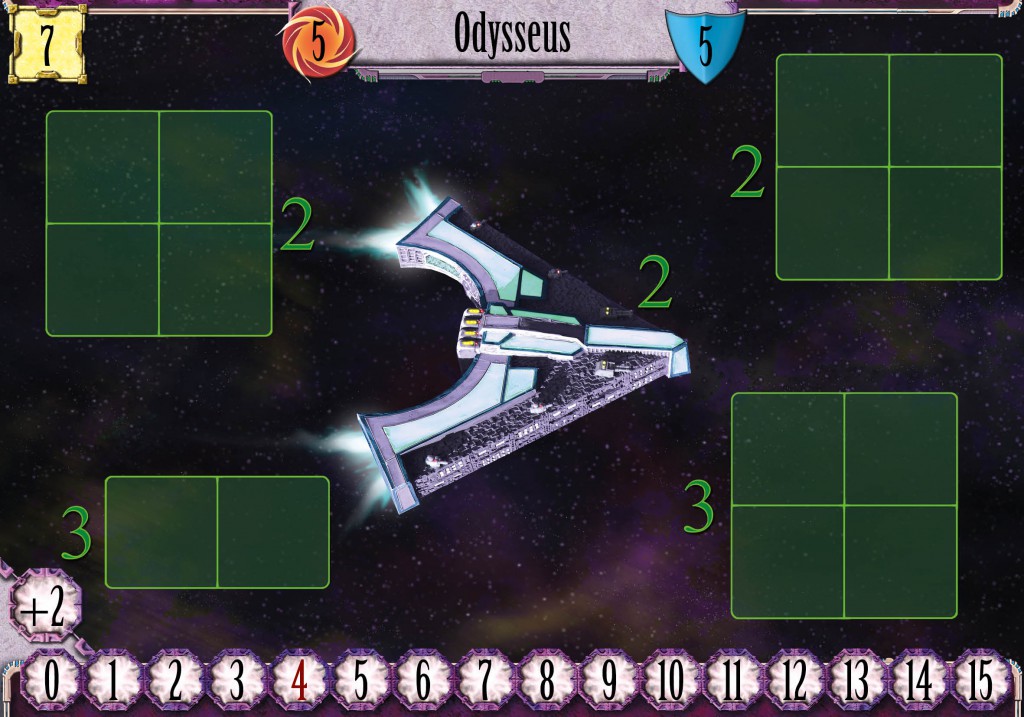 When all is said and done, there will be a battle at each system where two or more fleets are located. With a lot of adrenaline and cunning gameplay, this is where the fate of each fleet is determined. In each battle, all ships get to shoot once. Fleets will be destroyed, there will be weeping and gnashing of teeth. When the battles are over, each fleet that is alone at a system will give 1 Victory Point to its owner. The players also receive resources from the systems where they are stationed. Then a new round will start. When a player reaches 7 Victory Points, he/she wins the game. 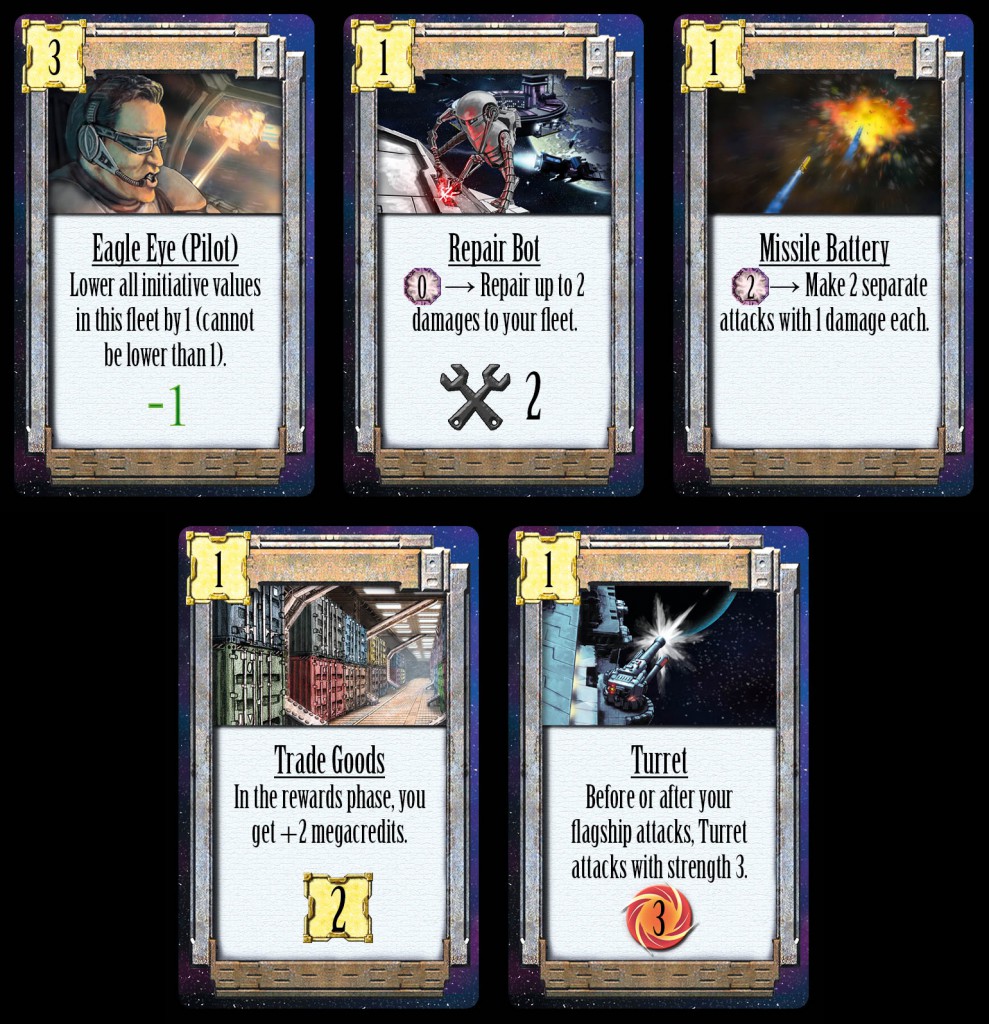 In Fleets: Corporate Lords the corporations are back with unique traits and ships!

In this expansion to Fleets: The Pleiad Conflict each corporation gains a special ability as well as their own unique escort ship. Two neutral fleets move between the planets; thePirates are firing their guns at anyone entering the system, while the Trade Convoyallows the players to get extra resources from other systems. The players may also buildoperation bases where they can recharge and repair (hopefully without too much interruption). The conflict is escalating… 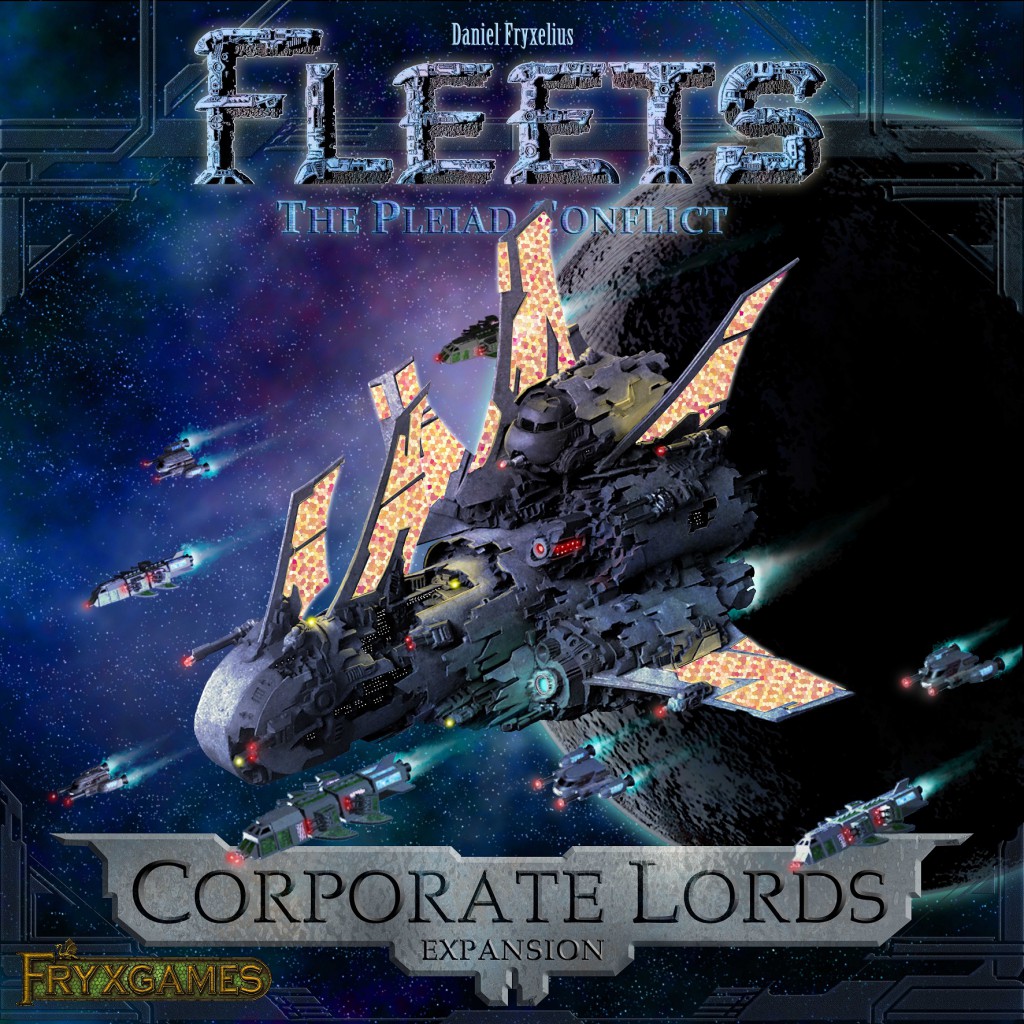 Video Tutorial with Enoch and Jonathan

Want more? The Image Gallery takes you on a tour through the game.