The last two months have been hectic, to say the least. We’ve tried to keep up with the enormous hype and activity around Terraforming Mars on BoardGameGeek, where it has been on the top or close to the top of the Hotness list for over a month. We are humbled by the reception it is getting, realizing that this is a major breakthrough for us.

Much work has gone into making prototypes of future games, as well as expansions for our current games. Jonathan arranges prototype printing at a local printer just before the Essen Spiel fair every year. This year’s haul looked something like this; 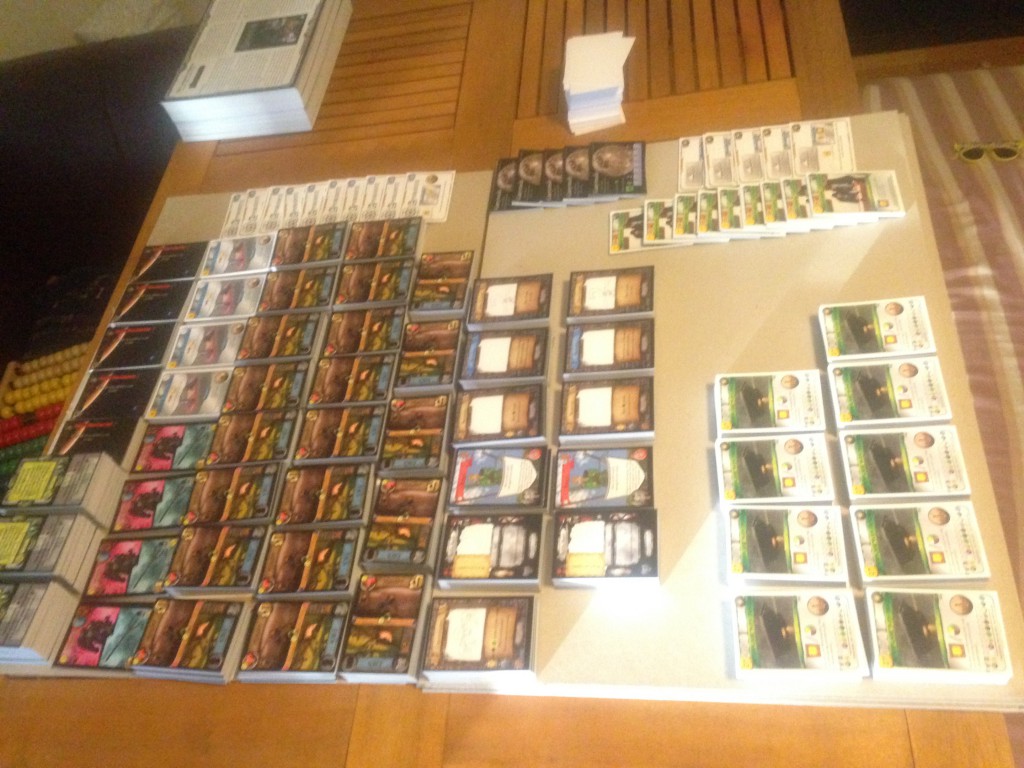 And then there’s Essen. Wow, where to begin. As we headed off to the fair, we had gathered over 100 preorders for the game. Because Stronghold Games has the worldwide rights to distribution of the English version, we ourselves only sell Terraforming Mars at fairs like this. Thus, our own part of the print run was small, and only about 380 games made it to the fair. For the first time, we were able to anticipate selling out all our copies. But we wouldn’t have guessed we would sell out the first day! At about 4 p.m. on Thursday, we were out of copies, with only preordered copies left. The same applied also to Stronghold Games and Schwerkraft, although Schwerkraft brought in new copies every day. During the fair, we conquered the top position of the BoardGameGeek BuzzBoard, and many have noted that Terraforming Mars was the big hype of the year. But what is even more amazing is our rating statistics on BGG. Since GenCon, we’ve climbed  the global ranking list from  6000th position to 150th position of all games, all-time! We’ve also managed to keep our average rating at 8.5, even with the current 1400 ratings. Only a few games among the top 100 games of BGG have a higher average rating than that. We hope to break into the top 100 soon, and then see how far we get. Please help us by rating the game. 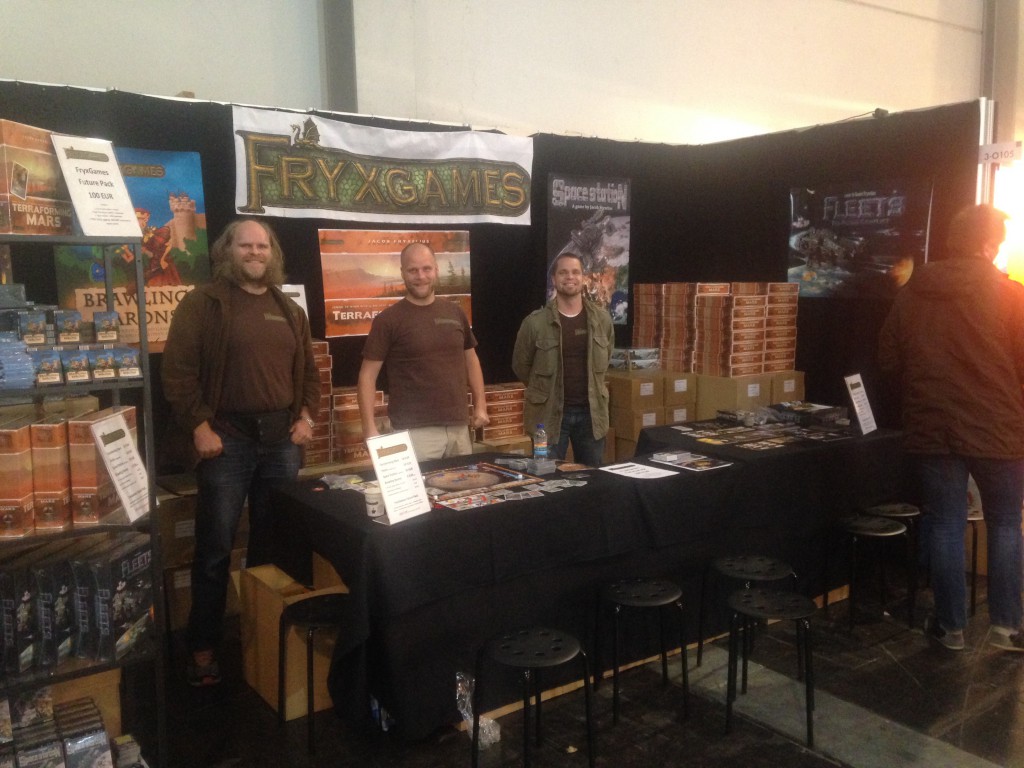 As many have experienced, it is hard to get hold of a copy now that it is sold out everywhere. Basically, most copies of the first print run were sold out before the game was actually released. A few hundred copies were saved for Essen, but a lot of distributors did not get the amount they wanted, so there’s already a shortage of copies on the market. We are currently working on a reprint, calculated to hit the stores around New Year.

We want to thank all of you who have contributed to this success, and hope that you’re enjoying our games as much as we’re enjoying creating them. Thank you from the Fryxelius brothers.

From the left: Jonathan, Jacob, Enoch, Isaac, and Daniel (bottom).