Some systems will attract you more than others. Maybe they have a juicy reward, maybe a strong effect, but one thing is certain; you’ll guard that system no matter what. Like a dragon, you will guard its riches, and attack anyone foolish enough to come close. But fighting is costly, so you need a lair.
Your fleet will need to replenish its energy and make repairs after the repeated battles. With the Corporate Lords expansion you get just what you need – Operation bases. 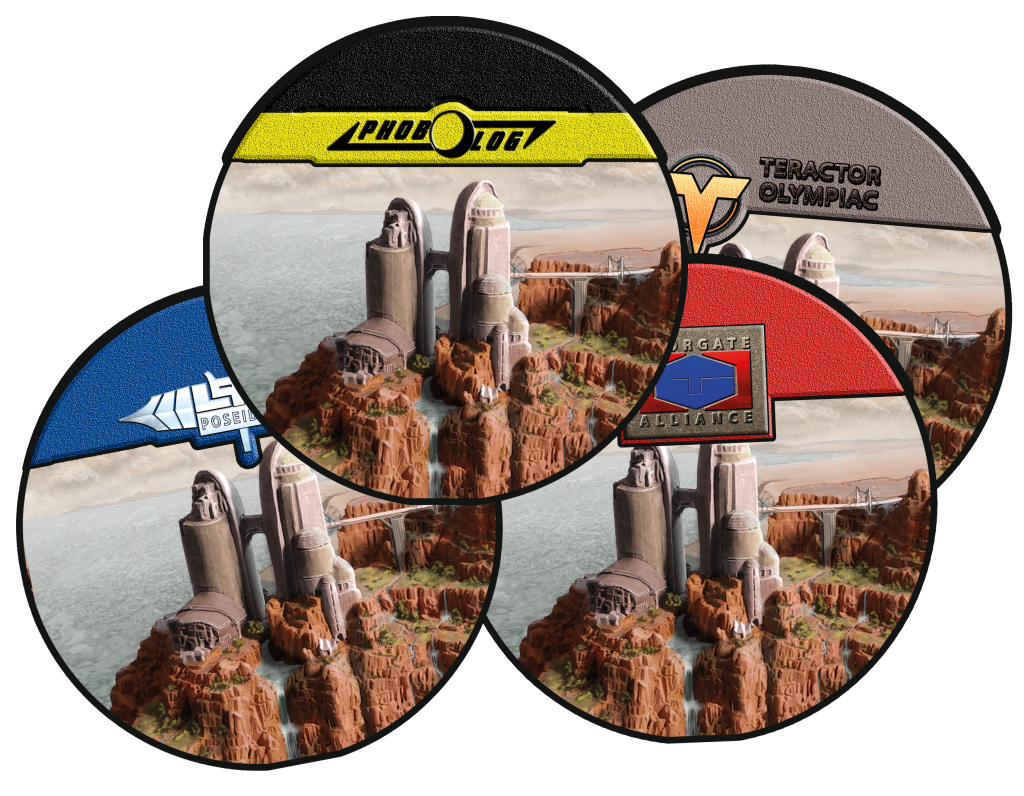 Each player can have one Operation base in play, and its marker (same size as a fleet marker) is placed on a system. Whenever you move or deploy a fleet to the system with your Operation base, that fleet can immediately repair 2 damages and gain 3 energy. The Operation base is bought for 4 MC in the Build phase, when buying escort ships, and is then placed on any system during Deployment, like placing a fleet. The Operation base does not block you from having a fleet there, and it doesn’t count as a fleet. It cannot be attacked, but you can destroy your own base in the Build phase in order to be able to buy a new one and place it at another system.

Operation bases are great when a battered fleet needs to recuperate, but they are also good for newly bought fleets to gain that extra energy and be less vulnerable to strong enemies. It does have  disadvantages, though. It ‘ties’ you to a system, the base being expensive to move. It might also fall under siege from a rival corporation placing their strongest fleet there together with their own base!

Stakes are high, and the competition is fierce between the dragons, the Corporate Lords!