It’s been a long time now, a very busy time! As we are finalising much of the layout, we can now release more cards and let you see more of the game.

Terraforming Mars is a long game. In fact each round in the game is considered a generation long. Everyone lives, everyone dies. But life goes on, much thanks to these little fellows: 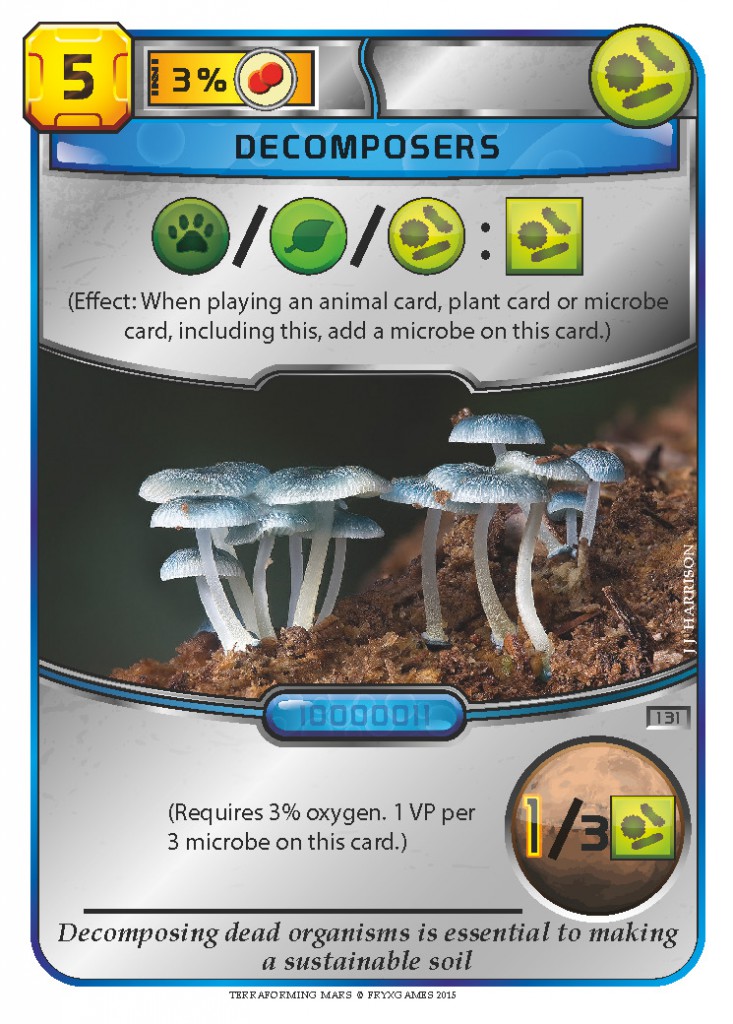 Decomposers are bacteria and fungi that feed on dead organisms and excrete nutrients in forms available to other organisms. This is of course very valuable from a biological perspective, awarding you VP’s. Decomposers need oxygen, though, leading to an oxygen requirement on this card, and to multiply, they also need a diversity of other organisms to feed on, giving you 1 VP for every third resource you get on it.

This can be a good card to play if you hold several bio projects on your hand that you want to play later, because you will not get any bonus for the ones already played. And not from your opponent’s projects either.

Next time we will see another card and how it interacts with Decomposers. And as a recompense for the long wait, the next update will be already this weekend!